So many of you have asked about how I came to be so close to God.  I want to talk a little about that here, and I hope that it speaks to you and encourages you to seek His face.  Before I start, I want to say that if you are not a “believer,” you are welcome here.  I hope you read these words and feel blessed, even if you and I do not share the same Lord.  Your letters and emails have spoken volumes to me about the legacy of my sweet daughter, and I hope you will continue to spend time here with me.  My deepest prayer is that you will feel safe here, and that if you do have questions about the Lord, you will email me and allow me the great honor of trying to fill in some of the blanks with you.  With that said… 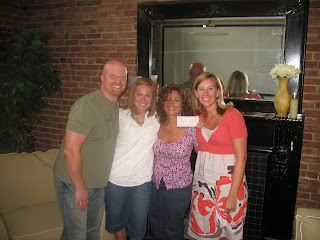 pps. Okay, i know this is completely random, but I have gotten a couple e-mails about my last post…for clarification, if you are doing the math on when we got married and when we conceived our first baby, I will save you the mental energy.  We did not have sex until we were married.  Sorry to be so blunt, and I’m sure this is more information than you need, but you know me-I say it like it is:)