A few days ago I came across a book that I hadn’t seen in years.  I was re-arranging our bookshelves to try and make them neater (go figure), and pulling out old memories as I went.  I read it when I was in college, and although it was faded, I could still tell what I had highlighted. I flipped the pages and came to a section that had received the coveted “highlighted and starred” marking.  Highlighted usually means I liked what I read, and starred means it’s something I want to carry with me.  The author was talking about how she and her husband bought each other Shakesperean poesy rings, engraved with the words “Vous et Nul Autre.”
I had no idea what it meant, but it was French and it sounded terribly romantic.
I am looking at my wedding ring as I type, remembering the day that Todd proposed to me. I stood in front of him while he opened a ring box and I knew that I loved him more than I ever thought I would love somebody.  If you have been blessed enough to meet him, you will know what I mean when I say this. He is just “good.”
I have a picture on my desk of Todd as a little boy.  He is bent over with his chin supported by the palm of his hand, obviously sulking about something.  His face is wrinkled in frustration, and his eyes are staring at the ground.  When I asked his mother if she knew why he was so upset, she said that it was because his sisters were telling him that one day they were going to get married. Apparently he wasn’t too keen on the idea of them not needing their little brother anymore.
As a sidebar, these are the same sisters who:
1. Told him (repeatedly) that if they could cut his hair, he would look just like Donny Osmond. They did. He didn’t.
2. Told him if he sucked on a bouillon cube (yeah, the kind that flavors a whole pot of water…), eventually he would get to the chocolate on the inside.  I have to admit, that’s clever.
3.  Convinced him one day that his voice echoing in a large canyon was actually a man named “Echo.”  Todd would scream, “Hey Echo! ” and then when the “man” would repeat him (ummm, yeah, every time), he would get frustrated. He told me that he was so excited that there was someone else who spoke English that he wanted to invite him over for dinner even though he was irritated that “Echo-man” kept imitating him instead of answering.
That was one dedicated kid.
I look at pictures of my Toddy growing up, and I just love his sweet face.  I always hoped that if we had a little boy he would look just like him (minus the Donny-do). He is not that different now from how I picture him then.  Just a sweet, loving, good boy who wanted to make the world right.
The day after we met, we got into a van with a group of people and I sat next to him.  I was really glad we were all slammed in because it meant that my leg had to touch his while we drove.  I remember playing flag football and scoring the first touchdown because I wanted him to notice me.  I remember how I waited for him to call. I remember the way he surprised me with the antique wedding ring I had fallen in love with.  His hands were shaking and he bent down and I just kept thinking that it couldn’t be real.  We have the whole thing on video, me jumping up and down and hugging him, then slow dancing with our heads together, wondering what life was going to be like when we walked outside.
What is our marriage?  It’s playing cards in bed.  It’s laughing hysterically at the parts of a movie that nobody else thinks are funny.  It’s me looking up from my book to see Todd waving at me as he mows the lawn.  Its dragging him to one more store looking for the perfect gift.  It’s burnt dinner (which he would never complain about), clean laundry (which most likely, he did), and staying up until 4 a.m. watching a whole season of 24. It’s telling the truth, even when it hurts. It’s spending your nights in a hospital room waiting to know if your twin daughters will live or not. It’s ordering Chinese food and singing along to eighties music. It is starting at least 10 Bible Studies together and then getting distracted talking about life instead.  It’s Todd and Angie, and it’s good.
But it’s not perfect.
Sometimes it’s laying side by side in bed watching the ceiling fan spin, hands clasped, knowing that the grief lies with us. It’s slamming a door because we want her back.  It’s the sharp voice that comes out of you when you just meant to ask where your shoes are.  It’s your heart breaking because you can’t fix it all.  It’s wishing you could rewind to a chapel and tell the newlyweds that there really is some “worse” with the “better.”
It’s buying your wife a purse that she has wanted for years in the hopes that it would make her smile on a very difficult Mother’s Day.  And even better, it’s smiling knowingly and hugging her when she says God told her to give it to the highest bidder because He had something better planned.
It’s believing that what God does with what we give Him is far greater than what we could have done with it ourselves.
Toddy, you are the love that made it all worth waiting for.  Happy Father’s Day, and all our love. 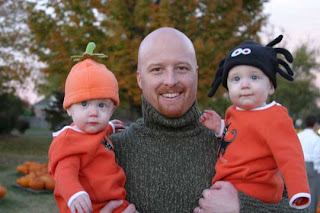 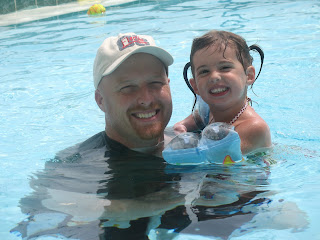 You and no other…
Angie