Exhibit A (and B)

I loved reading your comments, and I wanted to pass this along….it seems like there is a concensus that 1)Hanna Anderson (catalog/online) 2)Wal-Mart and 3)Gymboree are all good choices for age-appropriate underwear.  I also laughed my head off reading about the Trapper Keepers.  It brought back some great memories of the good old days when a pony with his head hanging over a fence was edgy.  Good times.
After the girls finished their gymnastics class the other day, we got in the car and Todd asked if we were going straight home.  Little did he know.
“No, I need to go to Target really quickly (oxymoron).”  He got all crazy excited and started high-fiving the girls and screaming, “You are the best, baby! Are you sure? I am PUMPED!!!!”
Okay, that last part is a lie.  He actually rolled his eyes and mumbled incoherently under his breath, but whatever.
“What in the world do we need to go to Target for, Ang?”  In my happy place, he was playing with my hair and handing me the debit card.  I think he mentioned he was going to take the kids with him so I could be alone.  Again, people, lies.
“I need to take some pictures.”
“Of what?”
“Panties.” The car gets really quiet.
“Oh that probably sounded weird.” He staring at me like I am on fire, so I assume that he agrees. I can explain.
“I want to take some pictures of sticks, too.”
I heard his head hit the window in a sign of surrender.  The most supportive kind of surrender. The kind that doesn’t think photographing underwear is unusual for a family activity.
I am happy to report that we went to a different, Daniela-free Target, and they actually had panties that were appropriate for children.
For the record, they also had these. 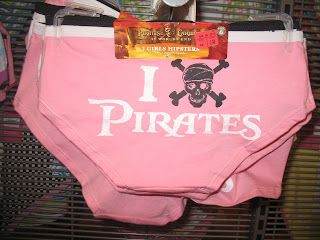 Oh good.  They sit low on the hips.
Which is important (because, as a few readers pointed out), hips are a major issue for a KINDERGARTNER).  Make sure and add a slip, though, so the skull doesn’t show through her new smocked dress.  Because that would be inappropriate.
I would have taken more pictures, but people were staring at me.  And, as you may recall, this is the back-up Target.  I can’t afford to mess this up.
But before I left, I made my way over to the homegoods section, and guess what I found?
Without further ado, I present to you….. 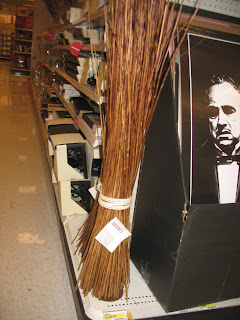 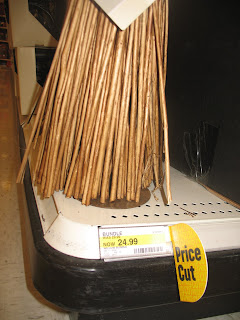 According to the tag, they are not sticks.  They are “willow bundles.”
I stand corrected.
I am actually getting a little wistful over these, because as I look at them, they are taller than I remember them…taller than I could find in a yard, right? And I think that might be raffia.
You can’t just buy that at any neighborhood craft store.
I promise I watched someone spend $50 on sand at Pottery Barn last summer. I did not buy the sticks because that would be silly (right? anyone? I need some accountability here friends…)
So after we went to Target, Todd begged me to go to Red Robin and eat because he didn’t want me to have to cook.  My blog.  My story.
I submitted to his authority and we went.  And you will never guess who was there…
The Red Robin Himself.
You never saw that coming, did you?
He was coming around to tables and saying hello to the kids, which would have been a great photo-op if mine weren’t under the table screaming bloody murder.  Kate did hug his legs on the way out, which I was really excited about because as a general rule, they do not do well with large costumed people. Well, it’s kind of one extreme or the other with Kate, who once spent a half hour screaming “MY DOOOOGGGGGG!!!!!!!!” and body-slamming every kid who got near Biscuit the dog when he came to Barnes and Noble for a picture session (Missy, feel free to back me up…you were a witness to this proud parenting moment).
As soon as we leave the restaurant, Abby looks around the parking lot and she gets this puzzled look on her face.  She turns to me, and with complete seriousness, asks me which car I think the Red Robin drives.
I cannot stop imagining a 9 foot tall bird-man driving home with his giant wings.  Holding his travel mug as he starts his morning commute every day. And the best part is that it is perfectly logical to a 5 year old that he drives to and from work, because what else would he do?
I didn’t explain about the costume.  I didn’t see the need.
After all, she is just a kid.
Ang