I Loved Jesus in the Night…

When I was 8 or 9 years old, my father and I were having a conversation which has been retold for years in my family.
We were talking about the things I might want to do when I grew up (for the record, at the age of four, I apparently wanted to be a “robber” and my sister wanted to be a mouse. Mom and dad were really proud), the dreams I had for my life, the person I wanted to be and so on. He was not the kind of father who talked about nothing just to pass time with his children. He was (and is) deeply engaged in who we are and what we are going through. He was a VP at Procter and Gamble, and regardless of how many many people reported to him, he would cancel business meetings to come see me if I was cheerleading. His family was first, no question. And we never felt slighted by his demanding job because there was no competition. As a sidebar (and to brag on him), you are probably familiar with much of the work he collaborated on at P&G (“the night-time, sniffling, sneezing…so you can sleep medicine”). Yep, that was my dad (“I’m not a doctor but I play one on T.V” Seriously). He always wanted us to be thoughtful people, who took notice of the world and cared about those in it.  I grew up wealthy, but to be honest, I didn’t realize it until I had to fill out my college applications and check the “income” box. When he pointed gingerly where I should put my check mark, I snapped at him for not buying me the Guess jeans I had requested a few years prior. I lusted after those stinking things. Pink, gorgeous, popularity-ensuring pink dream pants…..oh I still mourn that loss.
So back to the conversation. We were living in Japan at the time, and my dad said to me, “Angela (yes, my entire family still calls me Angela to this day), if you could be ANYTHING in the world right this minute, what would you be?”
“Anything, daddy?”
“Anything.”
I thought for a moment and from what I have been told, a smile stretched across my face as I responded.
“I would be a suitcase, daddy.” I stared at him, waiting to see what he thought of my answer.
He looked confused, but he sat for a moment and then asked me why.
I started to cry.
“So I could go with you when you leave for trips. So I could be your little suitcase and travel with you.” He pulled me into his arms tried to reassure me.
The gentle crying turned to sobs. I hated when he left, and he was about to go on another trip. They lasted weeks sometimes, and my only consolation was that we always got a present when he got got home. I distinctly remember him taking a trip back to the States and me telling him that I needed a “clutch purse.” He didn’t know what that was, but promised to find out, and true to his word, several weeks later, he showed up with a red clutch purse with little wooden handles that I adored.
Many of his travels were to India, and for as long as I can remember, he has instilled in us a love for the country.  He would bring back pieces that he had bought, including a handmade plate that was made on the site of the Taj Majal and is an exact replica of the structure. My sister and I would stare at it; the way all the pieces fit together, and try to imagine it as large as a building. 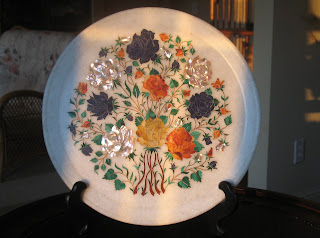 He glowed as he told us of the love of a man who built this for the woman he loved. After losing his third wife, Shah Jahan (1631) was so grief stricken that he built this incredible monument as a testament to his late wife, and it sounded like a movie to me and Jen, as we sat listening to the stories of places we would probably never get to see in real life. He made it feel like we were there, among them, admiring the beauty and weeping over the poverty which brought him to his knees.
After one of his trips to India, he brought back a small, carved box that we were fascinated by. It was so intricate, and the best part was that when you opened it up, the smell of sandalwood would fill the room. Sometimes I would sneak into his office and run my fingers along the wood. I would open it and dream of the man who would love me the way Shah Jahan loved his wife. 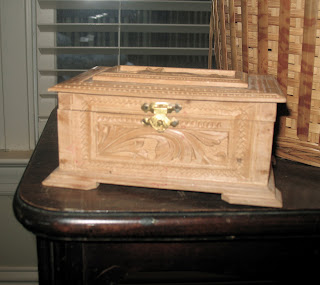 It was all so romantic to me, so intriguing. He told us about the Moghuls, and all about the history of this country that he loved so deeply.  To this day, the smell of sandalwood nearly brings me to tears because it reminds me of a time when all of my dreams were set in stone, and I was just waiting for them to happen years down the road. It told me that there was a great big world full of such an aching combination of desperate love and unimaginable poverty. I decided that one day, I would go there (I didn’t have the, ahem, fear of airplanes that I do now, so this all seemed very reasonable). 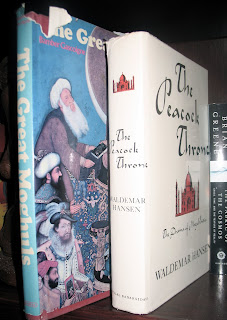 A few weeks ago I posted a picture of myself with Anne Jackson, Jessica Turner, and Brandi Wilson.  Anne and I were talking about travel and she casually asked, “Would you ever go to India?”
I didn’t think. I just smelled the sandalwood and I smiled.
“Yep. I would.”
What I thought was probably the end of a conversation began what will surely be one of the most difficult and God-ordained times of my life.
Instead of telling you all of the details, click here and you will understand why. Anyone look familiar?
I will be away from my family for almost two weeks, and the travel time (each way) is approximately 3 days.  If you are trying to do the math, don’t bother.
It’s going to be a LOT of Xanax flying.
I would love to ask that you visit the sites of the other bloggers/folks who will be going (you know Pete and Anne, and Melissa is Beth Moore’s daughter, and will be blogging for the LPM blog while we are there. The trip leaders are Shaun Groves and Spence Smith. I encourage you to spend time with each of them on their blogs and get to know our team so that you can be praying for all of us.
Since it’s a Compassion International Blogger trip,  I will be able to keep you all updated every day we are in Calcutta (the 26th of April through the 2nd of May, I believe). We will travel during the day to different projects and then come back to the hotel to blog, so you will get to see what I do firsthand. I am excited, honored, terrified, and about a million other things, so please pray.
I feel I am being obedient to the calling of the Lord, which can be a very difficult thing, but I want to bring Him glory. I want to live my life outside the fear and inside His providence…
So, Sundays…we’re going to Calcutta.
Will you walk with me where Mother Teresa walked and look into the faces of these sweet children who need us so desperately? I need to know you are going with me in spirit because it makes it feel so much more safe. We’ve walked tougher roads than this together, haven’t we?
As a part of all this (and really, the goal), is to get children sponsored. We’ll get into that more as time goes on, but for now, will you be praying about sponsoring a child in Calcutta? It is $32/month and it will change his or her life.
I am quite sure that if given the question I was asked as a young girl years ago, they might say the same thing. I just want to be a suitcase…
This is our best chance do that, and provide them with opportunities they never would have dreamed of having.
I will be talking a lot more about this, but I had to at least mention it so that you would know. You mean more to me than I could ever mean to you (don’t argue. I’m sure of it), and when I step on that plane, I will have you all in the forefront of my mind, because you have never failed me before….you are so, so dear to me.
“I have come to love the darkness-For I believe now that it is a part, a very, very small part of Jesus’ darkness and pain on earth.  What a wonderful gift from God to be able to offer Him the emptiness I feel. I am so happy to give Him the gift….”  Mother Teresa
Thank you, each of you, for loving me the way you do. By the way, does anyone know a pharmacist who isn’t really into “moral distribution” of anxiety meds? Just curious….
Angie