I Have Been Ridiculed and Lied To.

In the event that you are following Melissa’s writing, you will know that Pete had a hard day yesterday. He was having some, ummm, digestive issues and pretty much passed out on one of our home visits. Which would be really sad to me had it not been for the fact that a few nights earlier, he had reveled in the fact that he could pump out a post in approximately two and a half minutes. He spent the remainder of the 5 hours in the conference room mocking me and Melissa for taking so long.

In fact (and feel free to contact him directly if you would like to address this), he told me that if I didn’t “write posts that were 50,000 words long,” it wouldn’t take me so long. I shot him a dirty look and listened to him tap what I refer to as his “Teen Wolf” fingernails on the table while saying, “Seriously. Do y’all think India makes our fingernails grow faster? I mean this is crazy!”

Melissa and I continued to work like good students while Mr. Wilson flashed his dimples and sang “Tally-Ho” for the 400th consecutive time.

Not that insulting me and then getting violently ill were related.

But it is possible.

And as if that wasn’t enough, Shaun Groves had given this whole spiel about how “Compassion is making a difference….” and “Compassion is saving lives…”

He led me to believe that an organization could transform an impoverished community simply by relying on the body of Christ to support the cause. He tricked me into leaving my family, traveling for 20 hours, and riding a rickshaw which will heretofore be referred to as the “deathtrap on wheels.”

Well, today we visited the poorest Compassion project we have been to so far, and I began to realize how ridiculous the whole premise of this trip has been.

Because this is where these people live. 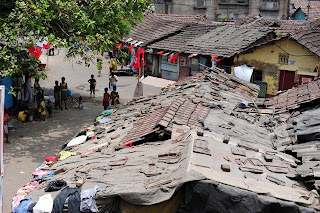 We sat in a HOME smaller than a twin sized mattress.

We watched people bathe in the streets, and saw countless prostitutes (some of them were children) as we wandered around the city that Mother Theresa called “hell on earth.” 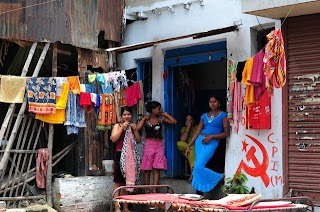 And Compassion thinks it can come in and make a difference in this? For $32 a month?

And not only are they going to provide an education for these children, but they are going to teach them about Jesus? And bring joy to them by being the hands and feet of the church?

Maybe in some of the other places, but not here.

And as you will see from the following pictures, Compassion isn’t really making that big of an impact.

The kids in the program look just like the others. 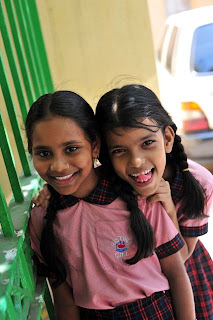 They don’t have any sense of hope or purpose. 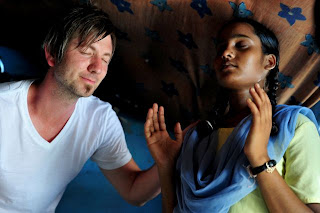 There isn’t a shred of joy to be found on their faces. 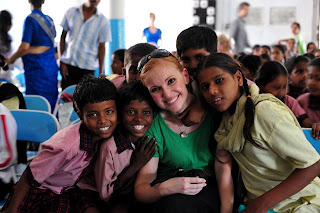 They are starving, suffering, and desperate like the rest of the people they sleep close to on the streets. 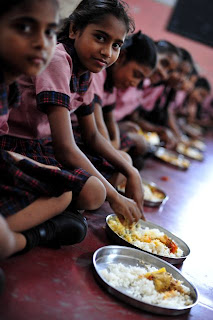 You didn’t really think that they would learn about the Lord when you sent that check, did you? I’m afraid I will have to expose the reality to you. To them, He is nothing but a faraway God who has forsaken them. 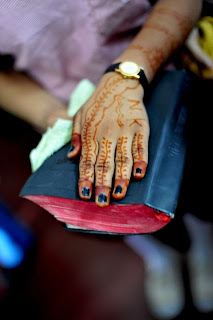 Not Someone to be trusted. 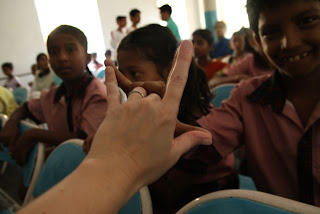 Not Someone to be worshipped. 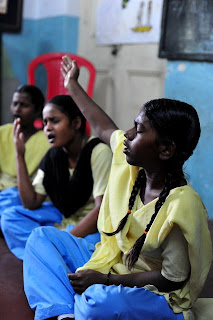 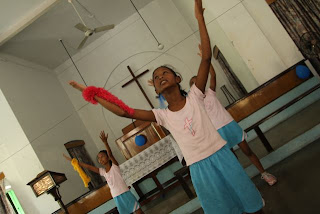 In fact, this whole thing is just one big scam.

Although, there was 11 year old boy on crutches who makes his way to the project every day after he has led his Hindu family in Christian prayer. He also hung several pictures of the Lord around their home, right alongside the idols, in order to teach his parents about the God Whom he loves. The same God he prayed to when his brother was ill, and shortly after, had a miraculous healing. His parents now attend church. 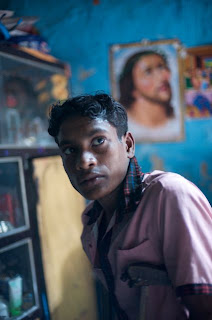 And then there was another girl (who lived in the 24 square foot house, and slept on the floor, which we refer to as a sidewalk) who told us that she had joy in her heart because that is what Jesus wants us to have and she desires to be like Him. Then she proudly waved her hand around the tiny space that was barely tall enough for her to stand in and asked, “How do you like my home?” as if she were in a palace. Then, she told us how desperately she wanted a picture of her sponsor so she could show it to all the kids around and tell them who was helping her. She walked with us through filthy streets and held hands with Keely, and at one point she began to cry. When asked what was wrong, she explained that nothing was wrong, she was crying tears of happiness because she was so excited to meet real sponsors. 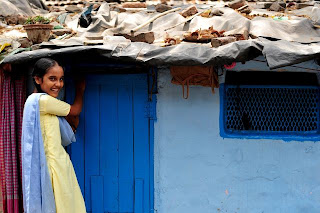 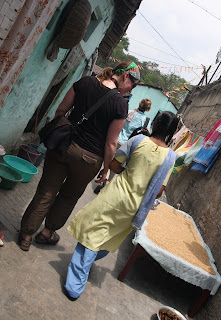 And I guess it would add to the drama of the tale if we had met the director of the program, who described the unlikely way that the church was established in the first place. He had come to know the Lord through a missionary, was put through school by an anonymous donor, and decided to spend the rest of his life as a pastor in service to the poor. With no money to his name, he made an offer on a property with the prayer, “Lord, if you give me this property, I will put a roof on it and make it a house of God.”

A short time later, the landowner explained that several others had made much better offers-one who wanted to build a cinema and others who had great plans and extensive budgets. To his surprise, the landowner finished by telling him that they had chosen to give it to him instead of the others. 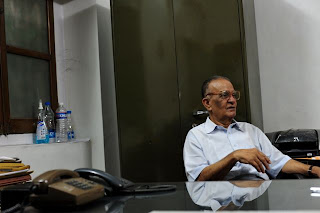 Which would be great if they actually had the money to follow through on their offer. I imagine that at this point in the story, an unknown American missionary could die and donate the money they needed to build the church.

But of course, if that had happened, it probably would have been in newspapers. 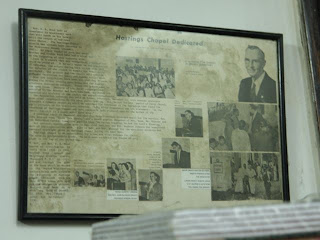 And I bet a great screenwriter could introduce a heroine as well. Let’s just say for the sake of argument that the pastor (and now current director) was trying to figure out how in the world he was going to get kids in this place, in a culture where less that 1% of the people are Christians.

I have an idea.

Let’s have Mother Theresa play with kids every day near the church under a massive tree. Then, we’ll let it pour down rain while she searches for a place to provide shelter for them. She will knock on the door of the church and speak to the man we were with today, asking him to help her with the children.

Now THAT would be a good story.

And it could only be written by one Author.

So before you decide to sponsor a child, think long and hard about where your money is going. 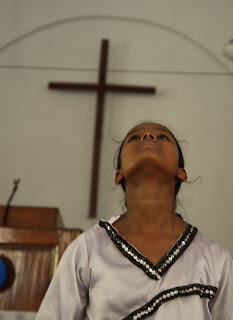 I am in complete awe.

And I have decided that Pete may have a point, and I am a better storyteller because of it.

Words just can’t convey what we are experiencing.

It is with utmost gratitude that I thank those of you who have chosen to make a difference here; it has been one of the most incredible days of my life.

Today I decided that I can’t be afraid to fly any more. I can’t stand the thought of leaving all of this behind forever. Thank you, Compassion. You have helped me see God in ways I never dreamed I would.

And He is worthy of all praise…

P.S. Pete’s doing much better today. In fact, his self-esteem received a much-needed boost when he came across a door that he had to crouch to enter…. 🙂

You deserved that, smartypants. 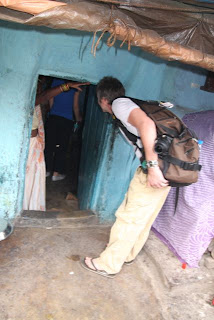